Central Coast Council staff continue to proactively release documents about their plans to expand the airport at Warnervale into a general aviation hub and, eventually, a regular passenger transport airport.

At the February 12 ordinary Council meeting, Ms Shane Sullivan, Council’s Acting Executive Manager of Governance, recommended receipt of a report on the ongoing authorised pro-active release of information relating to the future of the airport and Wyong Employment Zone. The report listed over 20 newly-released documents that were either already available online, listed to be published on Council’s website, or available to “view only”, subject to copyright or third party permission. Three groups of documents were withheld. The first was a Confidential Director’s Report to a Confidential session of the Ordinary Council Meeting of the former Wyong Shire Council on October 28, 2015. Attachments, in two parts, to that confidential report were also withheld.

“The information contained in these documents is still classified as confidential … as of February 2018, given the pending Council decision on the airport, the airport’s future use and the various aviation businesses involved. “Disclosure of the report and the attachment would result in a breach of the Local Government Act and the Code of Conduct.” Letters of offer and formal offers to lease from the 2017 Expressions of Interest process that the Central Coast Council engaged in were also withheld.

“It is considered that it is not in the public interest to proactively release the actual expressions of interest…due to the potential commercial implications as formal arrangements have not yet been entered into,” the report to Councillors said. Mayor Jane Smith said she believed Council staff were doing their best to deliver relevant documents about the airport into the public domain.

Clr Louise Greenaway said she was aware of other documents that could be added to the list and was informed, by Acting CEO, Mr Brian Glendenning, to email relevant staff. Council staff have already released around 500 pages of documents relating to the development of the airport. Those documents outline plans to rezone environmental land, convert the airport into a general aviation hub and, potentially by 2024, extend the runway to create an airport for regular passenger transport. A draft Central Coast Aviation Hub Concept Plan was put together in November 2017, a month after Councillors adopted a Mayoral Minute requiring all expenditure and works on the expansion of the airport to stop. On October 23, the elected Central Coast Council resolved to immediately suspend all works, land acquisitions and expenditure on the Central Coast Airport, except where those works were required by law or their suspension would put Council in breach of contractual obligations.

Clr Greg Best has publicly stated that he will continue to bring Rescission Motions to Council meetings in an effort to reverse the effects of that Mayoral Minute and other motions to stop the development of the airport. The November 2017 draft concept plan included flood reports, demand forecasts, runway assessments, noise assessments, a services masterplan, economic impact and planning pathway summary.

It said the Central Coast Aviation Hub would provide an integrated aviation, manufacturing, research and education precinct. According to the concept plan, the hub would relieve major general aviation demand and capacity constraints across Greater Sydney “by providing ongoing capacity and opportunities for the general aviation, corporate, business and training sectors. “Regular passenger transport is envisaged to be developed at a later date,” it said. The Council staff concept plan said the completed precinct would create between 700 and 950 jobs onsite by 2037-38. The concept plan also claimed an increase in the regional economy of $290m at net present value. The draft concept plan cautioned that the demand forecasts were “on an unconstrained basis, that is, runway development was not constrained by legislative or operational restrictions”. The Warnervale Airport Restrictions Act of 1996 was not taken into consideration when initially forecasting demand, it said. “ Unconstrained forecasts were then adapted to take into account realistic scenarios based on existing site constraints,” the concept plan said. The concept plan includes two scenarios, one for a 1200m runway and a second, indicating more jobs and more economic growth, with a 1800m runway. The aviation forecasts and capacity scenarios were based on regular passenger transport services commencing in 2024, with a 1200m runway extended to 1800m in 2033, or with a 1800m runway being operational from 2024. The longer runway would not be allowed under the Warnervale Airport Restrictions (WAR) Act. The NSW Planning Minister, Mr Anthony Roberts, recently announced: “Based on the recommendations by the Department of Planning and Environment, I have decided to leave the WAR Act in place, meaning that any significant expansion of the airport and its operations by the council will still need ministerial consent.”

The longer runway would also run through the E2 zoned Porters Creek Wetlands. The concept plan makes it clear that land currently zoned E2 Conservation to the east and west would be subject to rezoning applications. A Wyong Employment Zone Biodiversity Certification and Offset Strategy covering land to the south of Sparks Rd was submitted to the NSW Department of Planning and Environment and the Office of Environment and Heritage in December 2016. This process was undertaken by Wyong Council and progressed when the Central Coast Council was under administration.

Should the NSW Minister for the Environment certify the land, it would “remove the need to undertake threatened species assessments under the Threatened Species Conservation Act, for subsequent infrastructure and industrial development proposals within certified land… and remove the risk of developable land being sterilised.” The process, including public consultation and ministerial sign-off, was meant to be completed by October 2017, but has not progressed other than being mentioned in the airport hub concept plan. The concept plan does state that the extension of the runway into the SEPP 14 Porters Creek Wetlands was not addressed by the bio certification study. “Should future aviation development require a runway extension to the south, detailed environmental impact assessments will be required to justify and offset any affected flora and fauna habitat,” the concept plan said. It also makes it clear that Central Coast Council would need to apply for Civil Aviation Safety Authority (CASA) certification before it could operate the airport for regular passenger transport, even with the current runway.

According to the draft plan, Central Coast Council staff have expressed a desire to pursue CASA certification as a matter of priority for its current runway. Additional Council expenditure would also be required on an instrument approach procedure, a Bureau of Meteorology certified weather station at the airport, an aerodrome manual, runway and taxiway lighting and markings, as well as major flood and earthworks, and major upgrades to services, including water, gas and sewer. Scenarios for completion of the development include a less than $30 million and a more than $30 million process. Flood mitigation would involve the construction of a levee to the height of at least the 100-year flood level along the northern boundary of the development site that would extend at least 320m west of the Jack Grant Ave intersection and 180m east of the intersection.

The Jack Grant Ave and Sparks Rd intersection would also need to be raised and the airport expansion would only be viable if the future redevelopment of Sparks Rd included raising the road at about the 100-year flood level. The document also gives insight into money already spent on readying the airport for expansion, including the construction of a drainage berm to protect the airport from a one in a 100-year flood. The land has been acquired to facilitate the expansion, including the purchase of 140 Sparks Rd by the former Wyong Council before it was sacked in 2016. Three strategic land acquisitions would still be required, including 9.2 hectares on Staples Rd, 10.15 hectares from Ticon Mining Equipment Pty Ltd and the Central Coast Aero Club’s land which would be under the agreement that it be given other land and facilities, at a cost to Council, within the boundaries of the site. According to the documents, Central Coast Council also employs an Airport Operations Manager and two Airport Operations Support Officers, and all three positions sit under the Group Leader Assets, Infrastructure and Business, Mr Mike Dowling.

This article was originally written by Coast Community News:
https://coastcommunitynews.com.au/central-coast/news/2018/02/500-pages-documents-airport-released/ 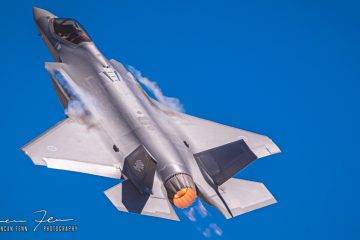 Keep your eyes on the skies…something extraordinary is coming to the Central Coast, NSW! We’re thrilled to announce the inaugural Central Coast Airshow, kicking off on the weekend of the 22nd & 23rd of May, 2021! The Read more… 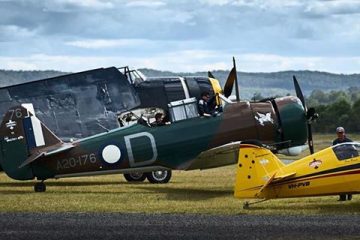 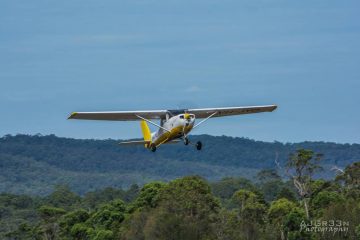